Why put a video on my website?
There are no shortage of reasons on Google but a couple of more important reasons.

1- Viewers will spend more time on your site signaling Google that your site is more important therefore raising your ranking score.

2- Google displays video in their searches boosting your chances of being found.

3- YouTube has almost 5 billion videos watched every single day changing our taste for text only web information to video information.

A typical video runs 20 to 30 seconds.
It is a real challenge to put your story into a 20 to 30 second video but it must be done for reasons below (Goldfish). If your viewer clicks off all is lost.

A 31 second video for Lein Catering ( Sound on)

A 45 second video for Fashion ( Sound on)

You Now Have a Shorter Attention Span Than a Goldfish

or “How long should my video be?
BY KEVIN MCSPADDEN /Time.com

The average attention span for the notoriously ill-focused goldfish is nine seconds, but according to a new study from Microsoft Corp., people now generally lose concentration after eight seconds, highlighting the affects of an increasingly digitalized lifestyle on the brain.

Researchers in Canada surveyed 2,000 participants and studied the brain activity of 112 others using electroencephalograms (EEGs). Microsoft found that since the year 2000 (or about when the mobile revolution began) the average attention span dropped from 12 seconds to eight seconds.

On the positive side, the report says our ability to multitask has drastically improved in the mobile age.

Microsoft theorized that the changes were a result of the brain’s ability to adapt and change itself over time and a weaker attention span may be a side effect of evolving to a mobile Internet.
The survey also confirmed generational differences for mobile use; for example, 77% of people aged 18 to 24 responded “yes” when asked, “When nothing is occupying my attention, the first thing I do is reach for my phone,” compared with only 10% of those over the age of 65.

And now congratulate yourself for concentrating long enough to make it through this article.

Custom Edited Video. You will get a 20 second or more video in an MP4 format. You will provide photos, video clips and titles plus logo. From 299.00 CAD. One time charge. Its yours forever.

Your Content. Your Story. 100% about You and Your Business.
Custom Made Video. You will get a video Shot on location in an MP4 format. We will provide photos, video clips and titles plus your logo. From 599.00 C. We will Shoot and edit it for you. One time charge. Its yours forever. 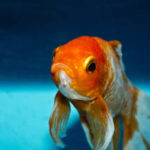